Home » Tech and IT » Web Dev » AMP was pretty much axed 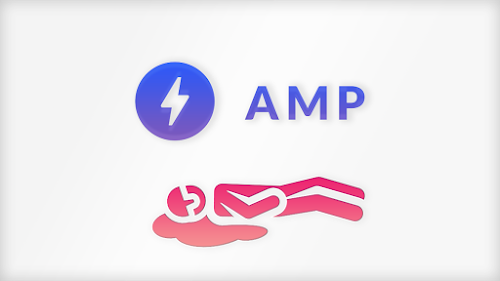 After a dreaded existence, AMP probably will fade away after June 2021, if I were to predict I’ll say it will stick around for a couple of years but its usage will decrease dramatically, and that because Google will not treat AMP preferentially anymore. That’s mostly because the new June update of the Google search engine will take into account the performance of every website and since AMP was made in order to create lightweight websites.

I never really hated AMP, though from what I’ve seen on Reddit mostly AMP was one of the most hated technologies and it was a bit funny to see so many complain, personally I even contributed to AMP source to the worker-dom / amp-script, added the scrollIntoView, and I also have in the pipeline the refactored implementation for onbeforeunload, that maybe will get merged too when the maintainer will come back to the office.

It was a bit harder to do things with AMP but I managed mostly utilizing many hacks to have features in AMP that you don’t see on most AMP sites, in fairness AMP is restrictive and a bit bloated, today is practically is a UI/JS framework similar to buefi/vuetify or MATERIAL-UI, and that made many devs brag that they could create much performant app without the use of AMP, which can definitely be true if you feature requirements are not so great.

But since many pointed the negative aspects that AMP had like creating a “walled garden”, the possible requirement of multiple codebases, restricting needed features, and not following standards I also want to point out some good things which I must admit now are mostly obsolete having the new Google update.

The most important benefit I saw in AMP was of course the AMP cache, having static files served directly from Google is a huge boon for not spending your own bandwidth resources, practically you have a top-notch CDN. But from what I’ve read google can still preload and cache your content if you SGX so is not a huge loss.

The other important thing that AMP provided is minimizing the number of useless ads on news websites, the news industry is used to bombard you with trackers, and heavy video ads that consume a lot more resources sometimes than the website itself. While AMP didn’t cut the ability to use ads the, amount of scripts and ads was greatly reduced, plus was mostly were loaded by a worker thread. But now that poor performance website will be penalized I think news websites will cut some ads on their own.

With all these changes I’ll probably not use AMP generally and I’ll remove the support for AMP on this blog too, I guess many will do the same, ironically I wrote amp support for some apps just a few weeks ago…