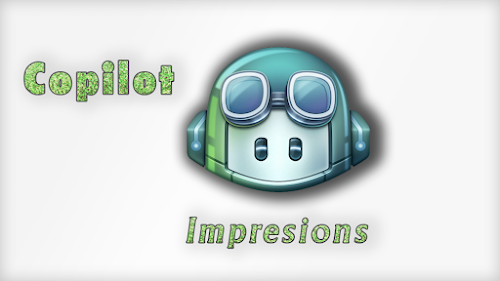 Somewhat of a month back I applied for GitHub copilot access, out of curiosity and I am using it since I got access around 11 June 2021. To apply for access you basically submit an application form, and after it’s reviewed you get an invite to a private GitHub repo, once you have access to that repo you can use copilot by using the VS extension and authenticate with the Github account that has access to that repo, be sure to change fast the issues watching level because it’s set to all and that will basically flood your email address with thousands of emails since it’s a very popular repo.

Also from what I’ve seen in the issues section of Copilot, there may be many extensions that will be in conflict with the Copilot extension, the main types which are obvious are documenting extensions and IntelliSense extensions. I had TabNine and disabled it in order to use Copilot instead.

Now I mainly used it with js, and ts, and it seems it can be a small boost, since as you stop typing it suggests a lot of things most of them are arbitrary and seem related to what you write but in fact are very different but since it suggests so many things I think the best way to use copilot is to keep an eye on what is suggesting and try to accept the suggestion only if you think is usable, the main disadvantage of this is that you’ll end up writing code that you probably wouldn’t write and is less optimized code, 7 out 10 times SO will get you better solutions but is great if just want to make things happen faster, after all, if you’re obsessed with optimizations you’ll never finish anything.

The best thing about copilot is that it gives you usable blocks of code, it will try to guess data structures, algorithms, dependencies, almost anything related to what you write and my guess is that out of some hundreds of those blocks it will amaze you when it will give you a block that is exactly what you wanted to do next, that sincerely happens rarely, also it’s a bit strange that I’ve seen it multiple times that it suggests things like API endpoints that might be private even keys and all type of credentials, of course, they are all fictive(I tried some just for fun).

So the reality I really can’t decide how helpful this Copilot is I mean if you’re new to a language then it might be of great help but when you constantly type, it will only autocomplete, you need to stop like more than 1 second which when you know what to do doesn’t happen very often.

I know I am very late to the party with this article, but what can I say I read previously 2 or 3 articles about it and my main concern is that now is free, but I guess in the future it won’t be, and to be honest I find this a bit nasty in terms of morality. I mean this thing is obviously built by analyzing millions of lines of both free open and closed source code, as such in my view it should at least provide a good free tier for everybody.

So to cut it short from my perspective this Copilot marketing is very stretched to compare it with “pair programming”, I say is better than TabNine although I read on Reddit that some users said the paid version of TabNine is comparable or even better than Copilot, but what can I say at least copilot is free, so If you don’t have it yet(I doubt it), go and give it a try.