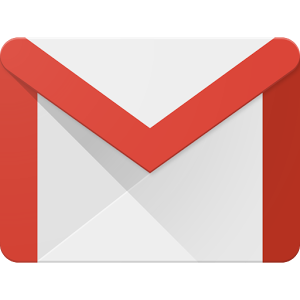 An acquittance of mine ask me if I could send in his place an email that could not be hard/impossible to trace, so I said don’t be paranoid even a toddler can do that. Yeah most of us think that secret services can do almost anything, but newsflash there is a TON of info that is hard to spy or was never spied globally. Just think about all that junk that exists as “info” today, if you think about it, every couple of years or so the quantity of information on the internet is multiplied by a factor of at least 8-10. I alone for my single human existence needs, I am using a couple of TB of traffic every month( in fact my last 3 days stats are Bytes In 401.40 GiB, Bytes Out 112.29 GiB), and as the web becomes more media-savvy tomorrow it will become more steam savvy, and as more people use the internet very actively and for many “smart” uses big flows will flow hence the big buzzword.

But back to google, so I used a trusty Log-less Bitcoin VPN to make a google account, now I used a long username, not spam-ish but pretty long, of course, google still lets you make an account without providing a phone number which is not a very widely used practice in our current date.  I sent the emails and then after a while, I tried to login back again on the account. But surprise, surprise, I could not. First I thought maybe I forgot the username (considering it was long), at that time I didn’t conceive other explanation, so I repeated the process of making a new email. Only to discover later that in fact google somehow deleted that account and the previous one that I made. So I was wrong blaming my bad memory,

So I was wrong blaming my bad memory, but this behavior was obviously unexpected. To test how unexpected it was, I played a little question game with someone, to see if she would conceive that the fact that I couldn’t log in was due to the deletion of the account. Sure enough, such behavior wasn’t easy to be guessed.

Now, of course, that was the doing of some AI, but I worked some time ago with some basic spam filter, and I know that sending an email manually through the browser with attachment(consisting of photos not found on the internet), and with a body and subject that doesn’t resemble spam text and with just 2-3 contacts can be really hard to get caught as spam. Furthermore to delete an account just for sending an email is strange with no warning and no nothing.

Anyway, I ended up using proton as it was easy to set up an account without any use of real data, others like Microsoft/Outlook, Yandex, or Zoho all needed in one way or another a piece of real info( a phone number at least) to get an account started.