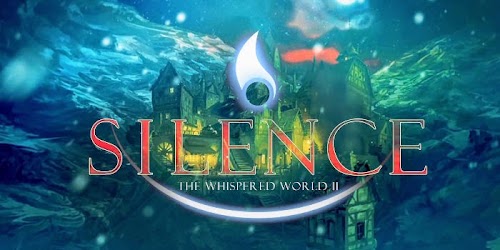 I am always in a savvy search for good adventure/puzzle type games, a few days ago I tried a game called Silence. Nowadays I am not in the thirties and I’ve got a few years to get there but having this mentioned, I think this game for many might seem that is a game intended for kids, after finishing this game I can say a certain, uncertain thing: It might! Why might it? Cause most of the action is happening in a fairy tale land, with many things that seem appropriate for children. (except maybe being an underage 5-6-year-old girl that licks psychedelic mushrooms, and having a blissful experience…)  But I also consider this game to be a pleasing experience for an adult if he is not too annoyed by the childish setup.

For my taste the graphic environment was excellent the outline of the characters looked rough and germanic with many facial features that for my untrained eye resembled a supercharged germanic style, to be honest, I consider myself not to be so picky on graphics, also I consider myself an exceptional puzzle solver, so in this context, the game practically has no puzzles on a 1 to 10 scale for puzzle difficulty I will give a nonunitary rating of 0.2 at best. But the story is enjoyable if you search for a slightly deeper meaning of the sad story behind the game.  After all, if you look at the credits section of this game it might suggest an emphasis on the story as it one of the first things mentioned in the credits listing. I saw some criticism on the game’s official steam page about two things, although most options were positive, the two negatives ones were the lack of difficulty for the puzzles and the story being too sad.

Luckily the game has implemented an action to show all interest points, this action is triggered on PC by mouse3( aka click the wheel for those with many mouse[X] buttons), but in doing so you will see a little phrase at the top of the screen that is meant to help you solve the “so-called” puzzles, again I deeply disliked that as I believe that the hint and revealing action points should be separate actions, or you should exclude hints at all. Another thing that I would have preferred to have is some kind of statistics of choices made during the game as in many other story-centric games, but I guess that this would have been pretty hard to implement as the only real-time when a player has to choose is at the end of the game, still, a one choice statistic would have been nice.

By the way, in the end, I broke the mirror, as I think is better to face the reality than die in a dreamland.