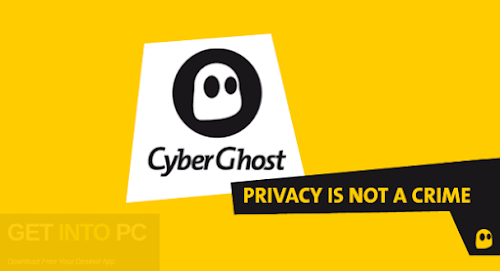 Looking at the recent statistics we can surely see that VPN has a low but steady increase, in some countries usage is above 20% and I think the future of VPNs is rather unpredictable.
Now what I like about VPNs is that they mess with the AD system of every major Tech company when you use a clean browsing session(no cookies/ no-cache/ no previous browser data in general), so you go on youtube or google and see an AD designed for a Czech citizen and that is pretty awesome.
As I don’t like how ADs are influencing the world, and I think if a company like Facebook which makes over 15$ from a user, at least 5$ from that sum should be either directly given back to the user or put into a pool and hold a poll in which all users can vote publicly to decide where the money goes, also the choices you be selected by users from a very large selection of choices. But let’s “face it”, this scenario with FB is just a dream, and sadly VPNs won’t mess too much with FB since it is mostly a closed access social media platform.

I bought this subscription from CyberGhost and it was, in my opinion, a very good bargain, it was a special offer 100$ for a 3-year subscription on Black Friday 2017. I don’t believe in black Friday shopping but this deal looked exceptional especially when you get 5 simultaneous connections, No Logs(this is the advertisement and I hope is true), good encryption, and a large selection of servers. Now on my rds without VPN I often achieve a speed around 13 to 16Mb/s the most I got with CyberGhost was around 3 to 4Mb/s, but I think 3 to 4 is very attractive since it is only 2.7 a month.

I also bought this VPN because I want to support absolute privacy online, I think everyone who uses an internet connection that she or he paid for should never be spied, profiled, or have the information sold for profit. Any VPN that truly wants to stand beside privacy on the internet should also invest in TOR and keep at least one TOR exit node and accept crypto coins.

I would also like to add that the desktop version of the client at least on windows can eat a lot of RAM, it starts around 80M but it can reach 600M after some time, maybe there is a problem with the client, I tested the client on Win7, Win10, Linux and Android 7, is possible to use the standard OpenVPN client on Windows too if you want to get around the high RAM consumption. On Linux, they don’t have a custom client build over OpenVPN so you will have to use OpenVPN, you can do that either through the config file provided, or you can use the GUI provided by your WM but you will have to change the advanced settings after the config file, otherwise, it will not work with the standard settings. It should be easy to build a python custom client for changing the servers, but I haven’t checked if anyone did that.

From what I tested you can find better speed alternatives to CyberGhost but not at this low price.
A colleague of mine said that 3 years is a long time and that he wouldn’t invest in a subscription that has such a long expiring time. Is true that in 3 years a lot can change just see #NetNeutrality but I hope that CyberGhost will remain a top-tier VPN even after those 3 years.